Starkey Aerospace Corporation (Starcor) was conceived as a company to transition advanced propulsion research out of the Busemann Advanced Concepts Lab at the University of Colorado Boulder (CU) to government and industry. Starcor set out to not only push the boundaries of what is possible in airbreathing propulsion but to rethink the traditional concept of an aerospace company. Starcor is determined to explore the limits of aerospace propulsion and transition the most promising and exciting technologies to date.

Starcor is developing a high-efficiency, lubrication-free turbojet engine for unmanned aircraft and cruise missiles. The L-FX00 promises reduced engine weight and higher fuel efficiency and longer time-between-overhaul than turbojet engines on the market with similar thrust output. Variants of the L-FX00 include fluidic thrust vectoring and afterburner capabilities. Starcor is also partnering with CU to develop a supersonic unmanned aircraft (GOJETT) powered by one of the L-FX00 engines. GOJETT will enter prototype testing this year with the goal of setting the World UAV speed record in the 50 kg class. Small, sleek, and supersonic, GOJETT spells big news for supersonic transport research and cruise missile design. GOJETT was featured in the 1/21/12 issue of Aviation Week & Space Technology. 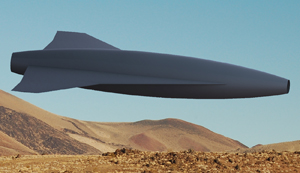